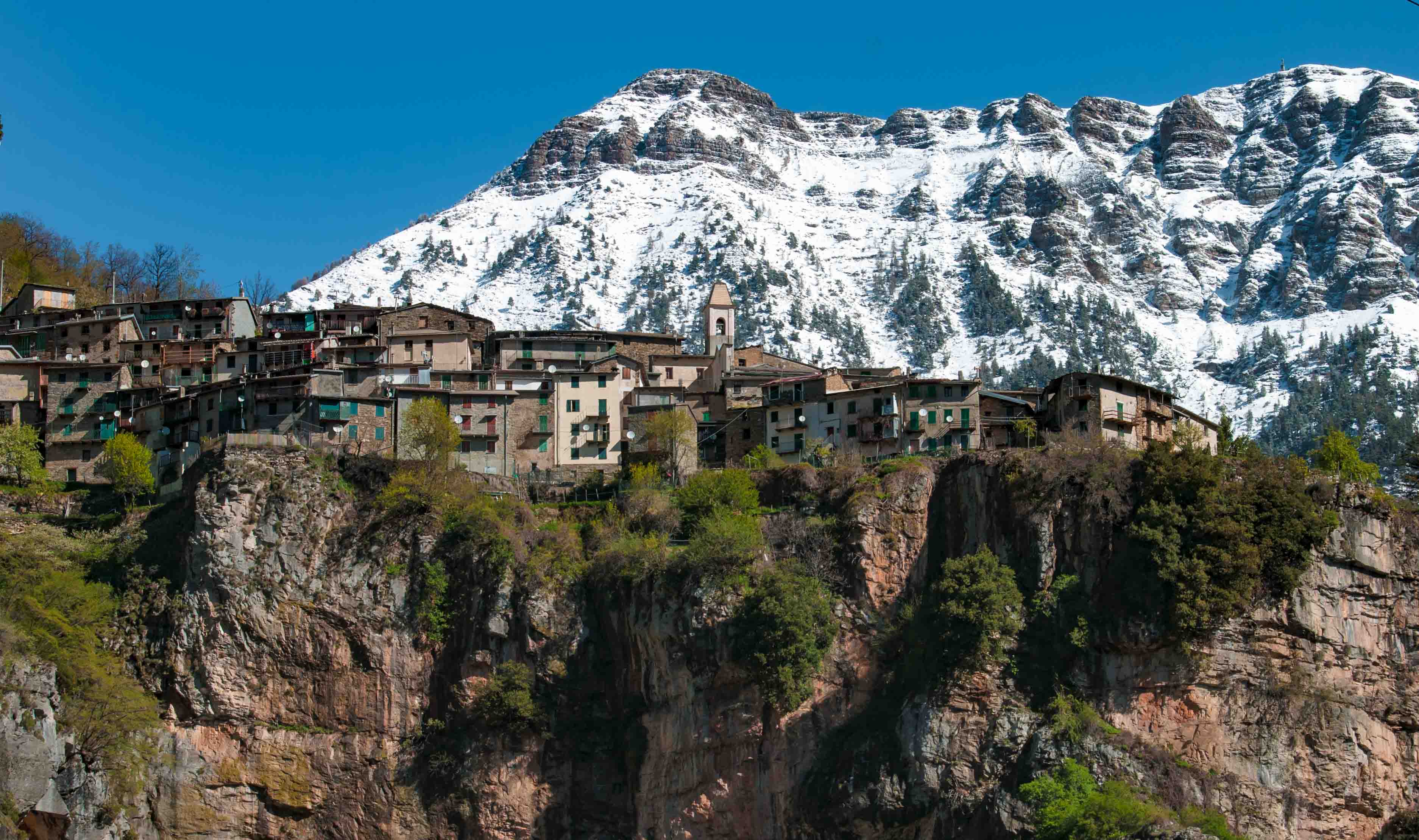 Past the village of Creppo, leaving the characteristic Arma Pisciusa (grotto) behind us, we venture onto a road carved into the mountain side, now entering a whole new environment with overhanging rocks, natural caves and scattered boulders. After a little while on top of a rocky outcrop Realdo appears. This small conglomerate of houses dominates the upper valley. Even though from 1947 the Realdo area has become part of the Triora municipality, we are actually in Brigascan territory as acclaimed by a plaque at the beginning of the village which states: “Reaud, Brigascan land”. Some people say the village was built over 200 years ago by a group of Brigascan shepherds who had left their homes following a plague, others argue that the Sabaudian state had wanted to face the enemy of Verdeggia which belonged to the Genoese podesteria of Triora thus built a proper defendable outpost. The ancient name of this area, known as “Ca’ da Roca” makes us more inclined to believe the latter.

Different from the Triorese in their character, but more so in their dialect called the Brigascan – a language of Ligurian Alpine influence – the inhabitants of Realdo have always been proud and appreciative of their own traditions, so much so that two magazines sprouted up in order to give value to their ancient traditions and to collect oral and written testimonies, tales, proverbs, sayings and also inviting recipes. They are called”The Eagles’s nest” and “La Vastera” (The Stockyard). The title of the latter was not only meant to recall the main source of wealth in this area but also to propagate the concept of gathering together all the Brigascan people scattered around the world.

The Sügeli is a delicious local speciality made with wheat flour and served with potatoes, oil and most importantly with Bruzzo cheese; another is Menun, made from potatoes and flour clots cooked first separately then together with milk or oil.

Borniga, il Pin, l’Abenin, Cravitti and Carmeli (or Pastorelli) are Realdo’s “hamlets”, here one can enjoy nature in its authenticity, perhaps picking some wild mushrooms or maybe eating a slice or two of bread spread with their deliciously sweet, locally produced honey.